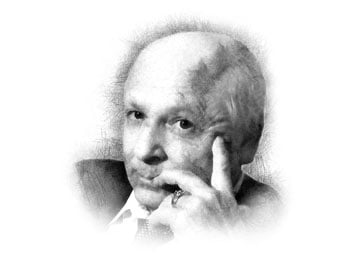 In July 2000, when the International Retinal Research Foundation moved into a small office located at the Callahan Eye Hospital, it was still a very young entity.  It was supervised by an extremely dynamic and motivated board of directors that consisted of businessmen and physicians – Michael A. Callahan, MD, a well-known cataract and ophthalmic plastic surgeon; Charles D. Kelman, MD, inventor extraordinaire who had revolutionized cataract surgery with the development of the phacoemulsification method of cataract extraction; Daniel H. Markstein, III, an ultra-successful Birmingham lawyer; John S. Parker, MD, cornea surgeon and Director of the UAB Cornea Service; and founder Alston Callahan, MD, who had pioneered ophthalmic plastic surgery in the aftermath of World War II.  Callahan began looking to round out the knowledge of the current board with an individual who had research experience in the area of retina.

On a recommendation from Charles Kelman, he was introduced to Larry A. Donoso, MD, PhD, the then Director of Research at Wills Eye Hospital in Philadelphia and later the Director of the Henry and Corinne Bower Laboratory for Macular Degeneration.  Not only was Dr. Donoso an extremely capable administrator, he was a retinal specialist, a researcher and author of numerous scientific publications.  Dr. Donoso was asked to review grant applications for the IRRF, which he did for the next few years.

In 2001, L.D. (as he preferred to be called) was asked to join the IRRF board of directors as the Scientific Director, with the duties of determining those applications to be reviewed by the acting Grants Officer and to arrange for outside reviewers.  He carried out this responsibility until he became Emeritus in 2019.

Dr. Donoso was tireless in his efforts for the IRRF, dedicating countless hours to facilitate a ten-year collaboration with the Albert and Mary Lasker Foundation and helped establish the Lasker/IRRF Initiative for Innovation in Vision Science.  With the long-term goal of identifying the knowledge gaps in vision research and developing innovative strategies to advance retinal research toward discovering sight-saving treatments and prevention of retinal diseases, the Initiative brought together outstanding scientists from a wide spectrum of specialties and provided a forum for new investigations of potential breakthroughs.

Among his many other accomplishments, Dr. Donoso is a member of the Royal College of Ophthalmologists in London, and has been honored by Queens Medical Center at the University of Nottingham with the establishment of the Larry A. Donoso Eye Research Laboratory, the first American to be so honored.

In 2019, after nearly two decades of innovative and substantial contributions to the International Retinal Research Foundation, Dr. Donoso announced that although he had decided to shift his focus to other areas, he would continue helping the Foundation as an Emeritus Member of the IRRF board.

On March 13, 2020, the IRRF Board of Directors recognized the dedication and service of Dr. Donoso with the creation of the Larry A. Donoso, MD, PhD Award in Retinal Research.  This Award will be given to the highest ranking applicant during each regularly scheduled funding cycle, who will thereafter be formally recognized as the Donoso Awardee.